Tips: Underlined words in this article are translated to text.  Click the buttons for audio translations. 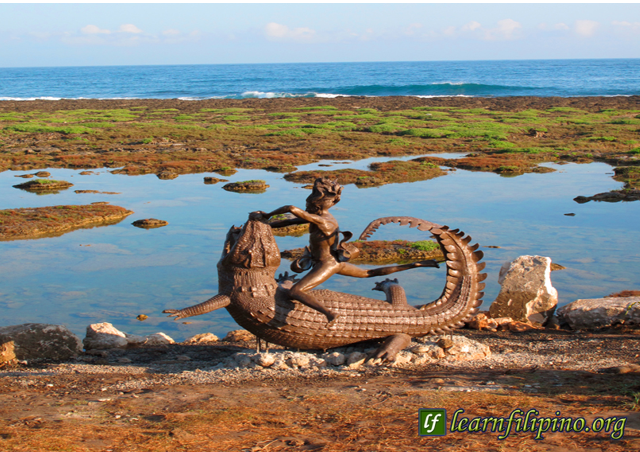 Ilocos Norte is a province of the Philippines located at the northwest corner of the island of Luzon. Its capital is Laoag City. Ilocos Norte faces the West Philippine Sea.

When we search for a dive site in the Philippines through the net, there are usually many hits that come out.  Some most popular sites are in the Visayas’ region. There are some in the Southern Luzon region but we seldom get an information about dive spots in the Northern Luzon areas. 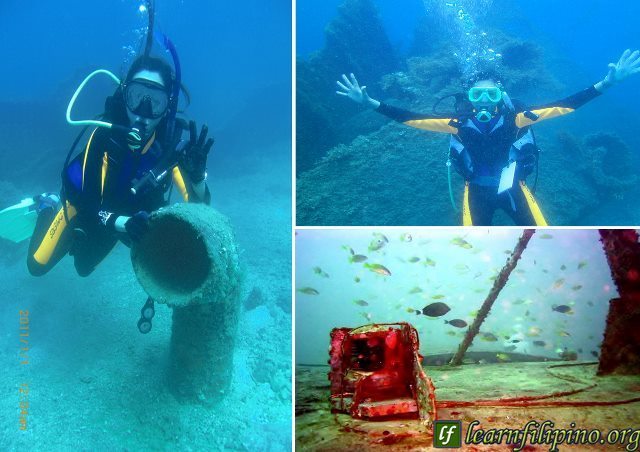 Seeing the deep waters makes me think that this world is just beautiful! – Imee, Fish Sanctuary photo by Wilnorie Rasay

“Why are you into scuba diving Imelin?”, my boss once asked me. I smiled and answered her with, “Why are you not into scuba diving boss?”. Answering her question with a question seemed so silly to her. But I also added in filipino, “Ang ganda kaya ng Pilipinas!”. (“Philippines is so beautiful!”) Yes, the pristine waters of the ocean of Ilocos Norte is such a paradise-like place to resist so why would someone like me, a typical Ilocano not go into the adventure of diving? I live 15 minutes away from the beach and 35 minutes to the nearest dive spot and I know I shouldn’t be a stranger to my own native land. I love the beach and everything in it, not to mention the taste of the saltwater, the white foam rushing to the shore, the fine sand where we walk along for a natural, clean and free foot massage (just do it yourself). How I love being sun kissed by the rays of the sun and feel the tropical breeze especially in the morning. Want some peace and tranquility? Go underwater and see the other side of the ocean, whether you are from the arctics or from the Caribbean, I know you will have your own story to tell. So why do I love diving? Uh, diving was a far fetched dream and thought that only the well off could afford this kind of recreation, until a friend who is a doctor by profession asked me 15 years ago to join her to try diving. It’s not an easy hobby because it entails a high cost of budget but since I love the Creator and His creation, I didn’t think twice and signed up. We headed to few more dives after the training and this became our sweetest escape after a hard day’s work and a treat to ourselves after a long week. 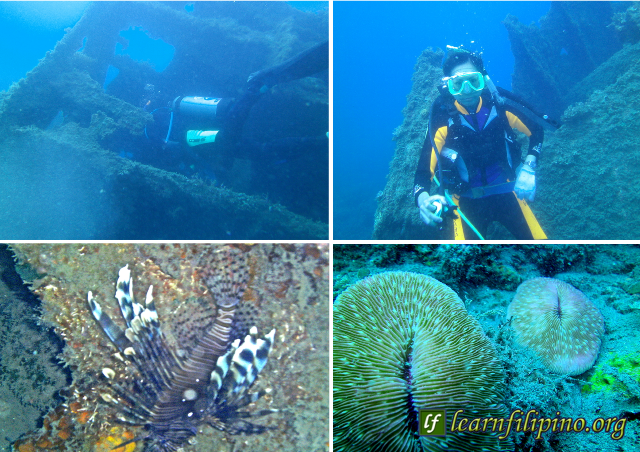 Bow. A wreck from a 1944 Japanese cargo vessel.

We have different dive spots here in the province that only few divers know about. These sites may not be  among the best dive spots you might have seen in the country but if you want to go into the deep where not many divers go, I would say these are pristine dive sites you might want to explore. 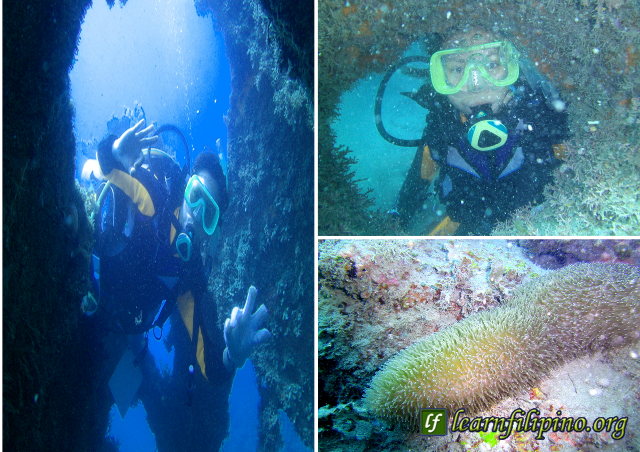 The Sunken Ship – Found at the seabed of Currimao, Ilocos Norte, the shipwreck was said to be a Japanese cargo vessel during their invasion in the Philippines and withdrawal sometime in 1944. This cargo was not identified and remained unnamed up to this day. Over the years, this vessel was divided into 4 parts and has become a fish haven of the marine life and corals. You don’t need to be a scuba diver to get to see this wreck. Just take a mask and a pair of fins and from the surface you’ll be able to see it because this historical shipwreck is only about 18-20 feet deep. But if you plan to stay underwater and take photos of it as you see in the following photos, suit up, don a tank, and sling your camera onto your wrist and make some memories like the photos you see here. Don’t forget to bring your buddy.

A typical view of the ocean in Ilocos Norte, Philippines.