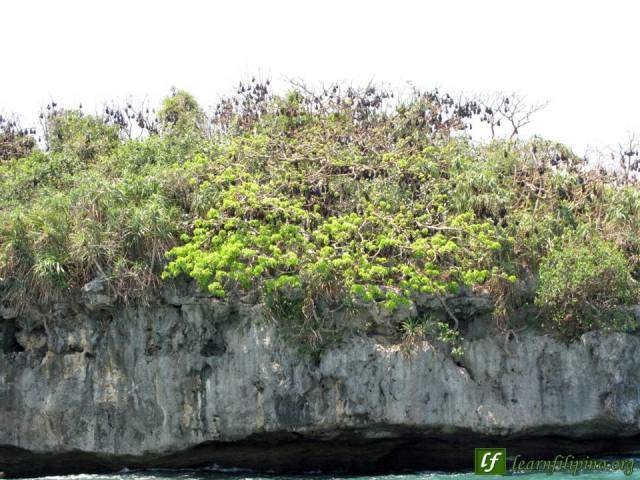 Hover or tap underlined words for translations to Tagalog and Ilocano text. Listen to audio translations below.

Happy Halloween! Creepy photos? It was not on a snowy day in North America, but rather it was pretty much summertime in the Philippines.

It is the best time to talk about the bats we have seen in one of the more than one hundred islands in Pangasinan, Philippines.  If the Philippines is known for its 7,107 islands and it will be difficult to explore all the islands, you may want to hit one hundred islands in a small amount of time (possibly in one day). Hundred Islands is 5 hours drive from Manila and along the way, it is exhilarating to see a lot of ponds and the oceans. There are many small stores along the way and it will be fun to buy some bargain goodies. 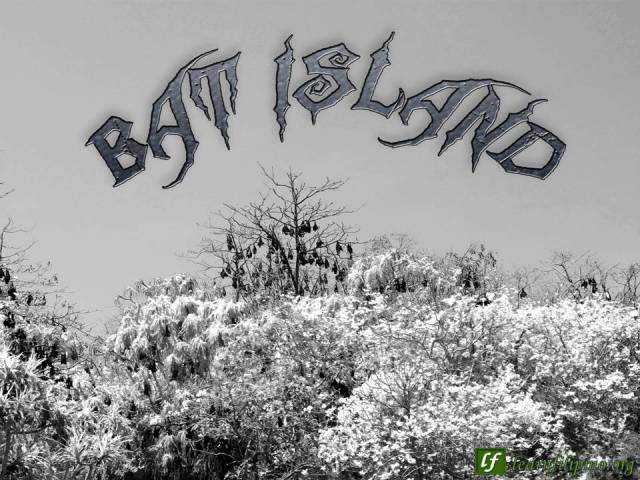 Many of the goodies are made of seashells, fish, or anything from the ocean.  The island that caught our eyes and one of the most interesting islands was the Bat Island. It was weird that there were just many bats hanging on the trees on the island.   I realized it was in the day that the bats would sleep.  We have hit a few islands right before passing the Bat Island.  The thoughts that these bats are awake in the night time,  there is a chance for them to visit all the other islands.  Nobody wanted to get on the island as it was not advisable.  The waters are clean, pristine, placid and so inviting that anyone would love to consider staying overnight in one of the islands.  So, I asked our tour guide if they allow people to stay in the islands during night time.  He said, there are islands that are pretty safe and there are islands that are not good for an overnight stay at all. I did not dig into the matter of what makes some safe and others not.

I left the conversation hanging,  so I won’t be scared to stay overnight in one of the islands when I go back again.  So if you want to see real bats on Halloween or any time of the year, consider Hundred Islands.

Trick or Treat? Trick or treating is a practice in North America and some other parts of the world, in which kids go from house to house in search of candies or goodies. I grew up not knowing what these words were.  I just knew that every 1st through 2nd  of November (All Saints’ Day  and All Souls’ Day),  we were to visit the dead in the cemetery.  At a later time,  children became aware of Halloween and have joined the culture. Though trick or treating is not widely practiced in the Philippines, Halloween parties have become a part of the lives of people and are widely celebrated in the Philippines nowadays.  People are excited to wear their costumes though there are not many candies to share. 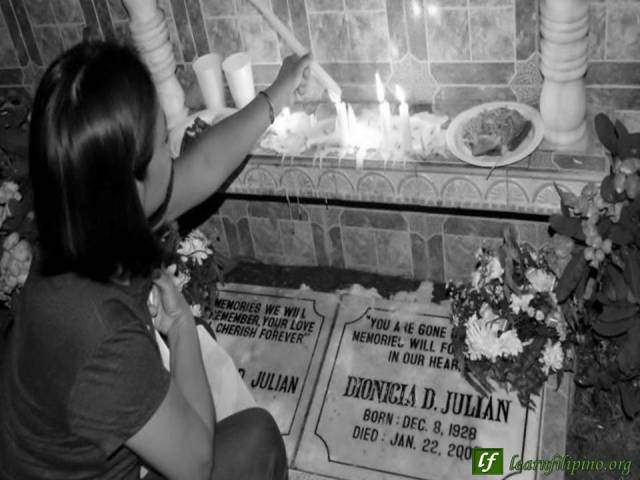 All Saint’s Day was one of the holidays that I always looked forward to. Why? I get to have a chance to be acquainted with other people who are also celebrating the same thing at the cemetery. What happens on this day? You will see a lot of people in the cemetery, lots of side street stores to buy flowers, candles and even foods to offer for the dead.  Some people play music as like they are partying with the souls.  It seems pretty weird, but it is something that people are happy to do with their dead ones.  Some bring alcohol drinks though it is prohibited because they treat this day as like a festival for the souls and themselves.  It is not awkward to put up tents, play music and party all night because it is what so many people would like to do. Some will go there just to offer prayers for their dead ones and leave early to avoid the crowd.

The crowd can be scary if you are not used to it.  The holiday brings heavy traffic most especially the roads that are close to cemeteries.   Manila has always experienced the most horrible traffic during the holiday. But other than the hassles of crowd and traffic, it is one of the holidays that most Filipinos prepare for. For them, if dealing with the crowd on a day like this is to happen, then they can sacrifice to visit the cemetery and offer flowers,  light candles, and most especially prayers to commemorate the memories of their loved ones.