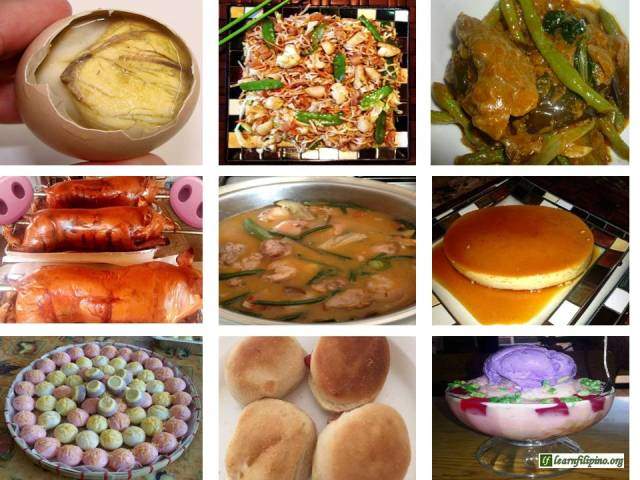 Filipinos are known for their hospitality, and food is always a part of it.  When you visit someone’s house, all they want is to keep and entertain you.  They always come up with an idea of preparing foods to better entertain their visitors.  Filipino Food is becoming known and is now a sprouting industry internationally.  Some popular Filipino foods like balut, pancit or pansit, puto, kare-kare, leche flan, lechon, and sinigang and Halo-halo made it to the Oxford Dictionary.  In order for a word to be included, the Oxford English Dictionary requires several independent examples of the word being used and evidence that it has been in use for a reasonable amount of time.

Balut – It is a developing bird embryo (usually duck or chicken) that is boiled and eaten from the shell. It originated in the Philippines and is commonly sold as street food.

Lechon – It is a whole roasted pig influenced by the Spaniards. The word “lechon” originated from the Spanish referring to suckling pig that is roasted.

Sinigang – A soup or stew (made of pork or fish) characterized by its sour and savory taste most often associated with tamarind or guava.

Leche flan (also known as crème caramel and caramel custard) – It is an egg and milk based dessert with a soft caramel on top.

Puto – A Filipino steamed rice cake eaten as a dessert or served as a snack.  It may be served with savory dishes like dinuguan and pancit.

Pandesal – It is a crispy bread roll made of flour, eggs, yeast, sugar, and salt. Some prefer this bread for breakfast.

Halo-halo – It is a mixture of shaved ice, evaporated milk, boiled sweet beans, coconut, sago, gulaman, steamed corn, and some fruits like jack fruit with ice cream or leche flan as toppings. 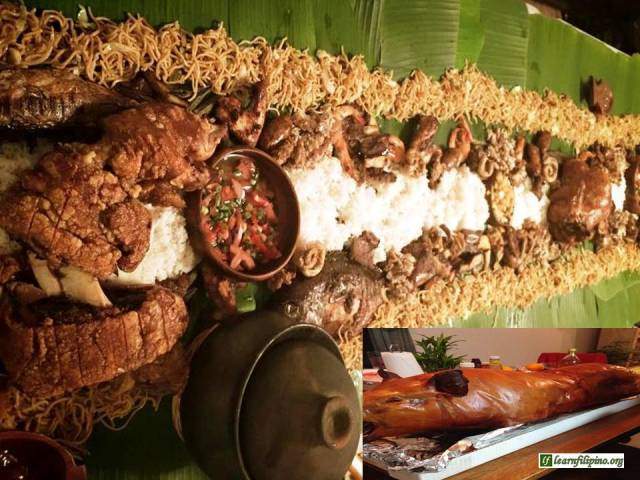 A traditional style of setting up a Filipino Dining Table. Everyone calls it Boodle Fight!

Learn How to Pronounce some Popular Filipino Foods